2015 Skate Canada BC Hall of Fame Athlete Inductee Victor Kraatz, who along with partner Shae Lynne Bourne won 10 Senior National Ice Dance titles and the 2003 World Ice Dance Championships. They were the first North Americans in history to win the World title. What was so special about Victor and Shae was that they brought a quality of skating to dance that at the time was to some degree missing or covered up through all the drama on ice. Their edges were pure; their glide over the ice was without effort. One might wonder how this happens….well you can teach and improve such a skill but the best have a connection between the body, the blade, and the ice which is natural.
Before Victor came to Canada he was dancing with Swiss skater, Analisa Beltrami and coached by Peter Szabo who was originally from Hungary. They went to Swiss Nationals twice placing 2nd in Junior Dance the first year and winning the title the following season.
When Victor arrived in Canada he lived in Qualicum Beach and started some skating in Parksville where Leslie and Larry Rushton had a school. In the lead up to the 1988 Winter Olympic Games in Calgary Victor saw the Olympic torch as it made its way around BC and this inspired him to look at skating more seriously. He started to commute down Island to take dance lessons from Jean Westwood who was four time World Ice Dance Champion between 1952 to 1955.
In the summer of 1988 Victor moved to West Vancouver and began working with Joanne Sloman of the Hollyburn Country Club and Joanne quickly partnered him with Taryn O’Neil. They were a very nice looking and good young team…..the future seemed bright. Joanne however knew that they needed some outside influence and suggested they go back to Quebec for some training. While back east Taryn suffered a knee injury which never really healed enough to continue competitive ice dance.
When Taryn returned home because of the injury Victor gave himself 1 season to find a new partner. Following Nationals that year he saw many teams split in both pairs and dance and being pro active Victor did try outs in Toronto, Ottawa and Montreal…….he wanted the perfect match and was not prepared to compromise for anything less.
Paul Wirtz, a well known Pair Coach suggested to Victor to try out with Shae Lynne Bourne but Victor did not really know who that was and the try out did not happen……..at least right away. So….still searching …one day at the rink in Boucherville the arena manager said there was a new girl in the rink that day and maybe Victor could try out with her…….who was it???? Shae Lynne Bourne.
Needlessto say, the rest is history. They won their first National Championships in 1993 and their last one in 2003. In their first World Championship in Prague they made a definite impression and the World of Ice Dance knew they had something different on the scene.
They rose in the ranks quickly but many times had results that were not so popular with the audience. They were innovative and incredible skaters and everyone could see this.
They had many great programs but none more popular then Riverdance.
Throughout their International career they earned 4 World Bronze Medals…..1 World Silver Medal and the mountain was conquered in March of 2003 In Washington DC when they won the World Title.
There were so many special moments and images…..it was a special time for figure skating and Victor and Shae Lynne provided some of the entertainment and much of the intrigue. They made, and now have left, their unique mark on skating.
Ladies and gentlemen….it brings me great pleasure as I ask you join me in welcoming into the Skate Canada British Columbia Hall of Fame…..Victor Kraatz 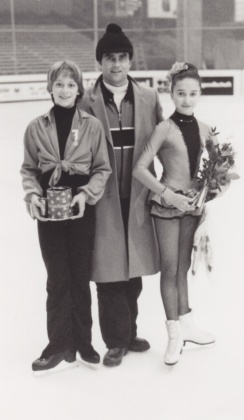 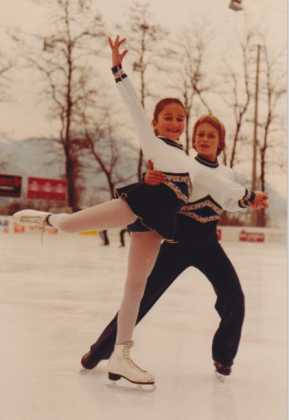 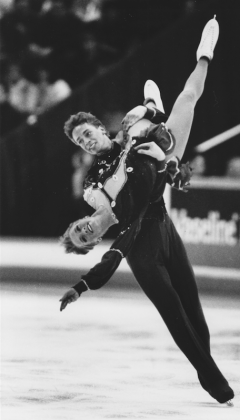 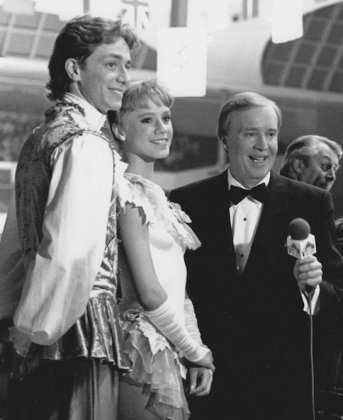