Who will ever forget the music Maple Leaf Rag and what it meant to Canadians during the 1988 Winter Olympics in Calgary. It was truly a special moment provided to Canadians by our inductee Tracy Wilson and of course with her partner Rob McAll….. this music is charming…..fun…..perky…..playfull….and precise……and at least in my opinion very much like the personality of Tracy.

Tracy got into skating because apparently she was an hyperactive child. So her mom said it will be swimming in the summer and skating in the winter. She started skating a bit late at the age of 7 at the Coquitlam Skating Club but soon after a rink closer to home in Port Moody opened up thanks to much work by Bill Lewis one of our last seasons inductees.

Tracy’s mother (Val) was also a big part of getting the Port Moody Club functional and so…. the hook had been set……and skating caught their interest and much of their life from that point on. Like most young kids it wasn’t so much the skating that Tracy loved but rather the running around with friends and of course the very important bag of chips at the end of the day.
When asked when did she really become focused on serious skating and competition…… Tracy said “I loved the club carnivals” and in the pictures you can see Tracy dressed as a crow with a pretty sad looking plant or seeweed not sure…..“anyway Tracy went on to say “it was when Louise and Barry Soper performed at their carnival one year and the spot light caught the beautiful golden hair of this angel of a skater…..and Tracy yelled out loudly….that is for me I will be a champion…..much to the chagrin of her mother trying to keep the volume down.

And so it began…..to demonstrate the determination of a young Tracy……when she wanted to skate at the Capilano Winter Club or the North Shore Winter Club…the only way she could accomplish that because her mother was working was to take a 1 and a half hour bus ride to the North Shore from Port Moody carrying two pairs of skates (one for figures), a scribe and her school books……. If she could do that then her mother would pick her up……and so determination and passion were never in questions with young Tracy.

We asked Tracy when did her very competitive side …kicked in …and she said….at the age of 7 and so much so that her parents had to teach her to be a bit less competitive and to work on becoming a better person…… life first and skating second….great advise. In her early journey she began to grow and have some knee problems and singles was okay but not her future…… but she said luck crossed her path with dance partner Mark Stokes and after that ended……. and as Tracy puts it Rob McAll had to skate with her as there seemed to be no one else available in Canada……what a great bad fortune for Rob and the skating World.

Equally as impressive as Tracy’s skating career…..is what she did next with her life. I asked how she got involved in broadcasting and she said ….”well…..University was going to be too expensive so at the suggestion of her father she enrolled in Dale Carnegie public speaking course……and the rest is history.

But then another major life accomplishment began to take her time and that was the most important of all……a beautiful family and all the joy and work that comes with it. She continues to commentate for skating and I think you would all agree that Tracy Wilson is one of the best figure skating commentators to ever hold a mic……

Working along side some of skating greats like Brian Orser and Toller Cranston…… the great Scott Hamilton a lover of the sport and with a great sense of humour……..somehow I think there time working together was never boring……we asked if she likes coaching as much as skating and she said…’I do…I so like coaching more then skating” and asked about great coaching moments she said when Javier Fernandez current Men’s World Champions came to the Cricket Cub he hated stroking and would even avoid her classes …..however eventually he caved and got the best out of Tracy…….after all he is the 2015 and 2016 Men’s World Champion and didn’t do that by not learning to skate.

In closing Tracy was asked about the most influential people in her life and her answer…….mom and dad for life lessons learned…..Brian Power a great BC coach who opened her mind to see skating in a different way…….Rob McAll……for being so completely different from her in some ways….could party all night and still be great……was never on time…..but they met and were equal on work ethic…..creativity……the love of the blade and the ice…..and finally her beautiful family and husband who she met at the age of 18.

Tracy……we thank you for everything you have given to our sport both on the ice and in the broadcast booth….. 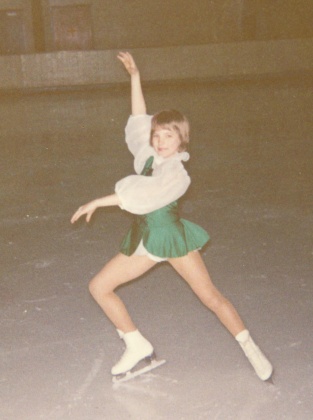 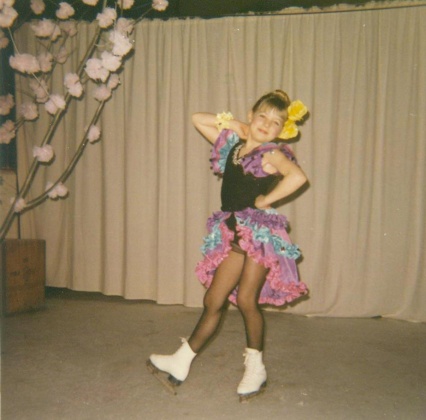 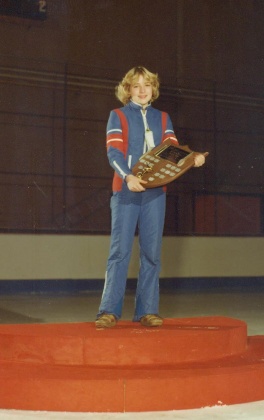 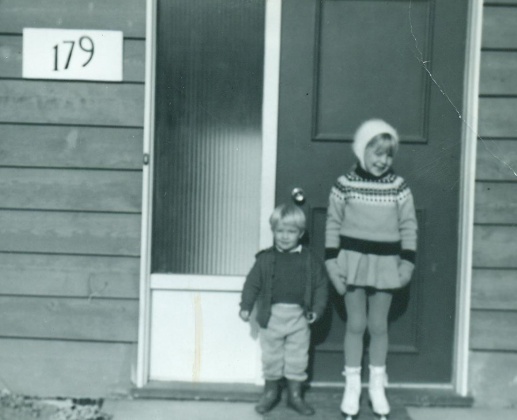 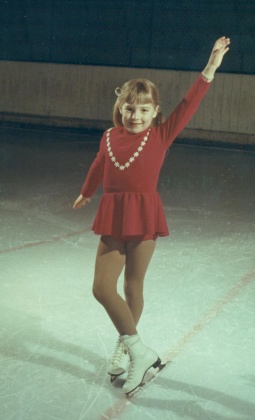 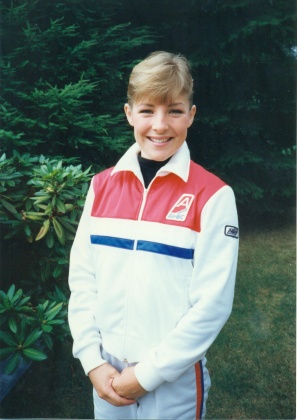 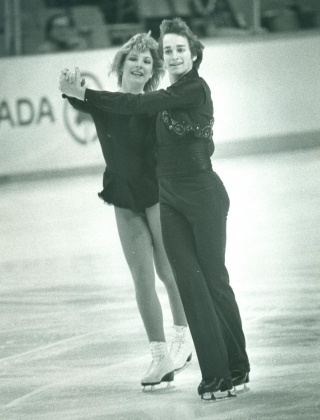 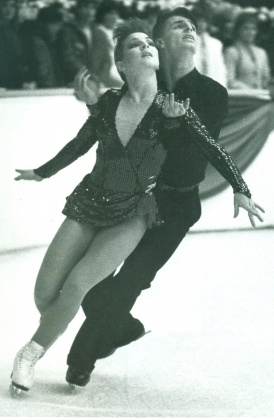 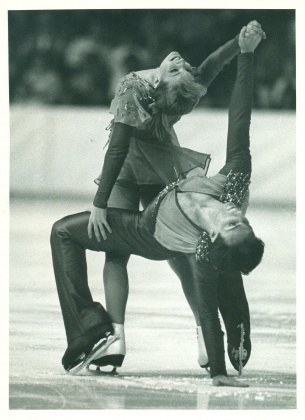 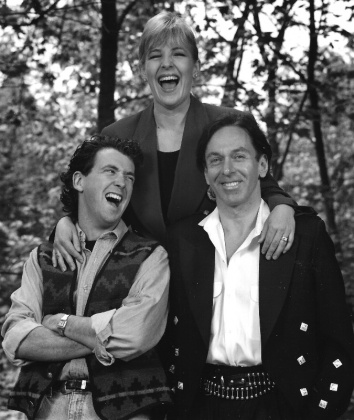 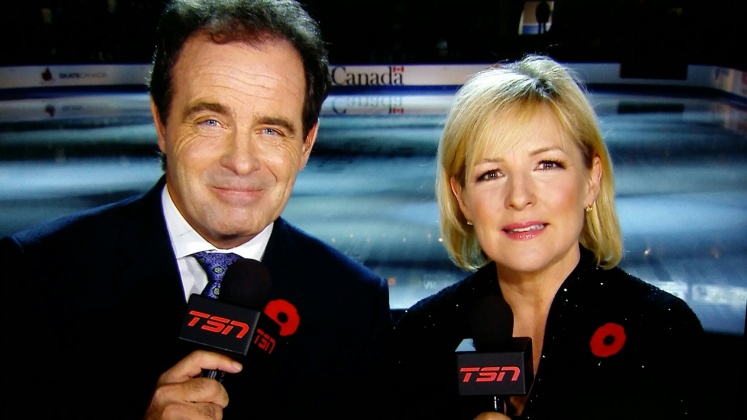 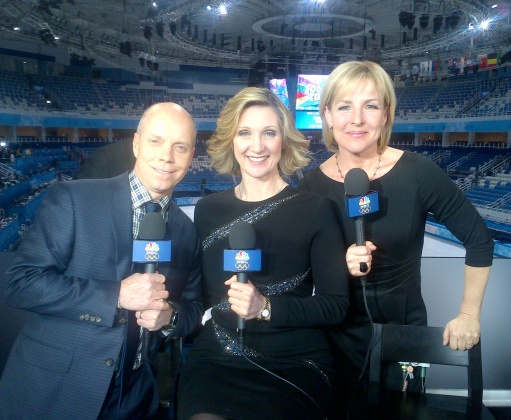 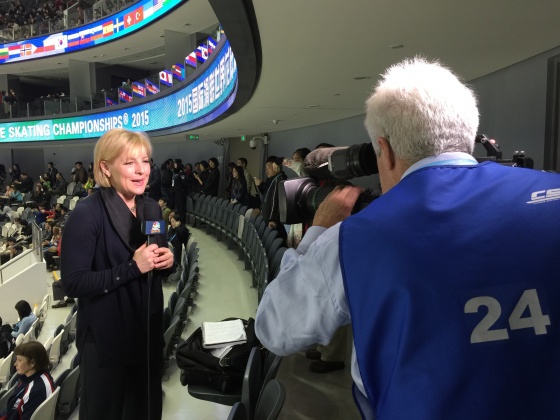