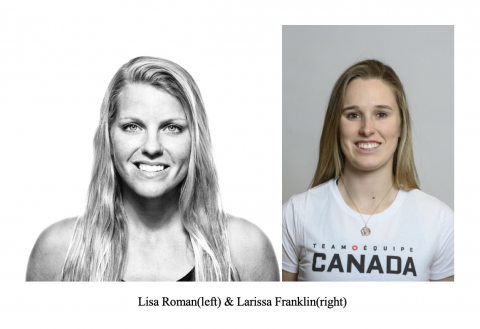 Lisa Roman, a member of the Gold Medal winning Women’s Eight Rowing team, skated with the North Surrey Skating Club and competed up to the Novice competitive level. The Olympic movement is very much a part of this family. Lisa’s mother, Elizabeth Roman, is a long-time coach with the North Surrey SC. She has a long involvement with training Special Olympics athletes and is currently a member of the Special Olympics Team Canada 2022 Training Squad.

Larissa Franklin, a member of the Bronze medal winning Women’s Softball Team, skated with the Maple Ridge Skating Club. She also competed up to the Novice competitive level.

Congratulations to Lisa, Larissa and their families on this amazing achievement!